From concerts and talks, to film screenings and pop-up restaurants, KOTI plays host to a series of inspiring events throughout the spring. 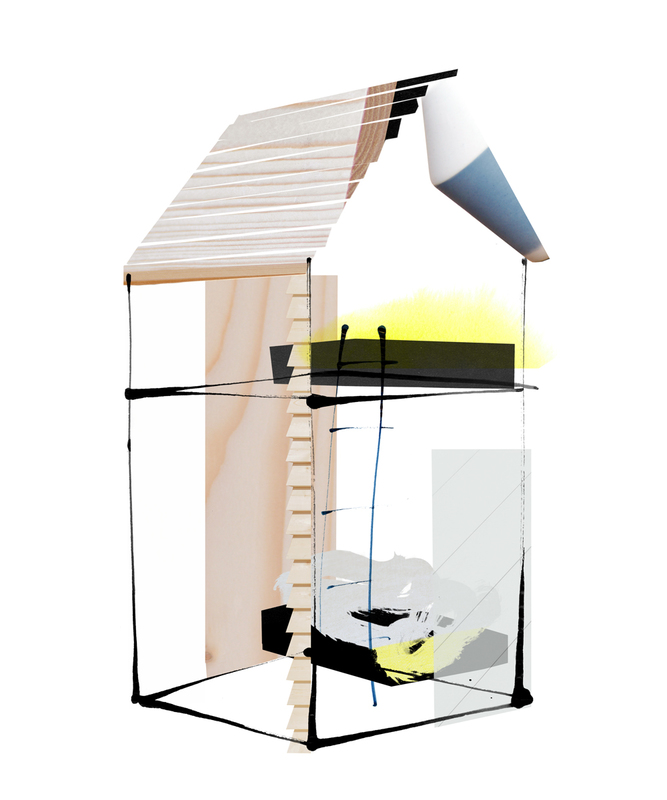 Hospitality is a core element of any home.

In the first Talk session at KOTI, the head of Airbnb France Emmanuel Marill, the director of the Institut finlandais Meena Kaunisto and conductor Jószef Hárs talk about hospitality and its different forms.

How to tailor an experience that makes people feel like home? How does the concept of hospitality translate in different cultural environments? 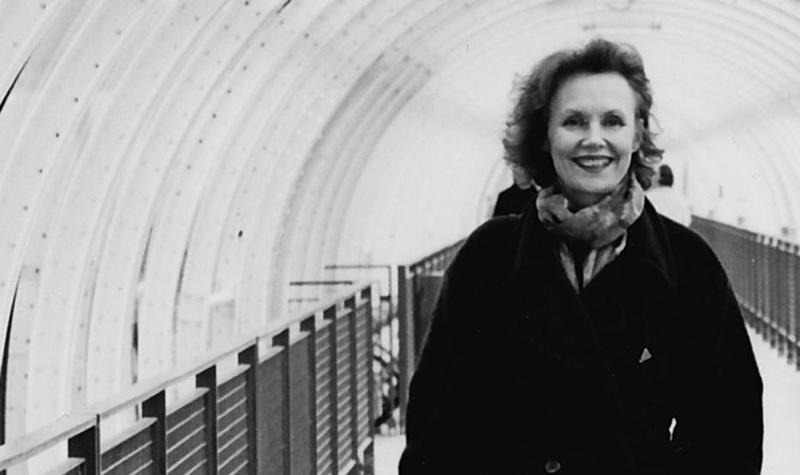 Finnish composer Kaija Saariaho is the Festival Présences’s featured composer this year at Radio-France, and her former student and fellow countryman Juha T. Koskinen will have a major stage work performed in this framework alongside some of her music, on February 14th.

This is an opportunity for these two internationally acclaimed composers of new music, and especially opera, to join us at KOTI to catch up and discuss their latest creations.

In a conversation moderated by stage director Aleksi Barrière, and illustrated by musical examples, they will use our setting of Finnish cabins as an arena to address the problematics they face as composers dealing with space: how can something as public as music be intimate? Is there such a thing as a private musical space, and how do we let other people in? What new territories are yet to be discovered within the closed space of a concert hall, a theatre or headphones?

Those willing to prepare for the discussion can watch two documentaries about Kaija Saariaho and her music that will be screened at the Institute on February 8th. 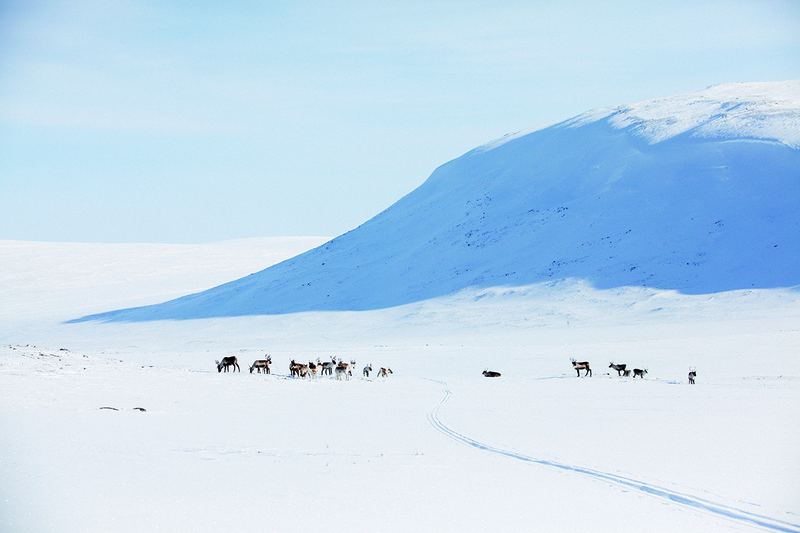 Arctic Week will celebrate the arctic culture of Lapland. KOTI will host a workshop of Sámi crafts for the public, as well as a pop-up concert of joiku singing.

During the week, the National Museum of the Finnish Sámi, Siida, will have a pop-up-showroom presenting Sámi crafts on the second floor of the Institut finlandais. During this special week, KOTI’s sleepover guests will have small Lappish treats on the breakfast table. 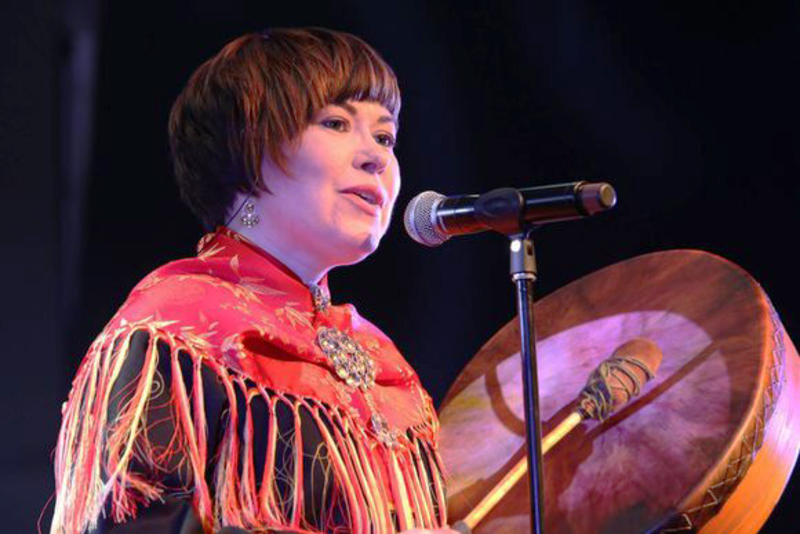 KOTI will host an intimate concert of both traditional and modern Sami music by artists Heli Aikio, Anni Guttorm and Oula Guttorm.

The Sami, indigenous people of Lapland, have a unique musical tradition of their own called the joik. Traditionally the joik is a form of communication through sounds, minimalistic melody and lyrics but is nowadays mostly practiced as a form of art.

The artists playing at KOTI mix the joik with other musical elements to create an experience that reflects the Sami culture of today. 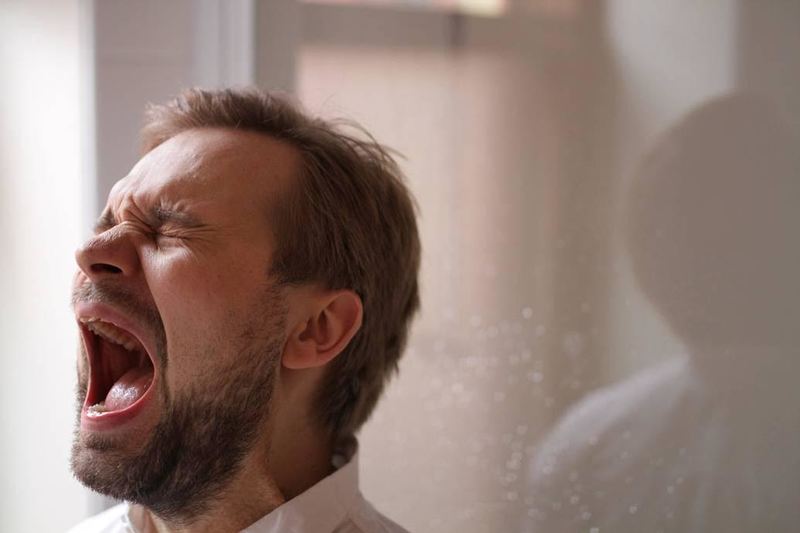 KOTI Concert Series present the Helsinki-based saxophonist and composer Mikko Innanen, one of the most original and versatile voices on the current jazz and improvised music scene.

Retro-futuristic jazz, avant-garde and tradition mingle in the output of this one-of-kind artist. Innanen can be seen in the ranks of his quintet Innkvisitio, the big band Mikko Innanen 10+ and the trio PLOP among many others. He features on over 50 records as a leader, co-leader, composer or soloist. 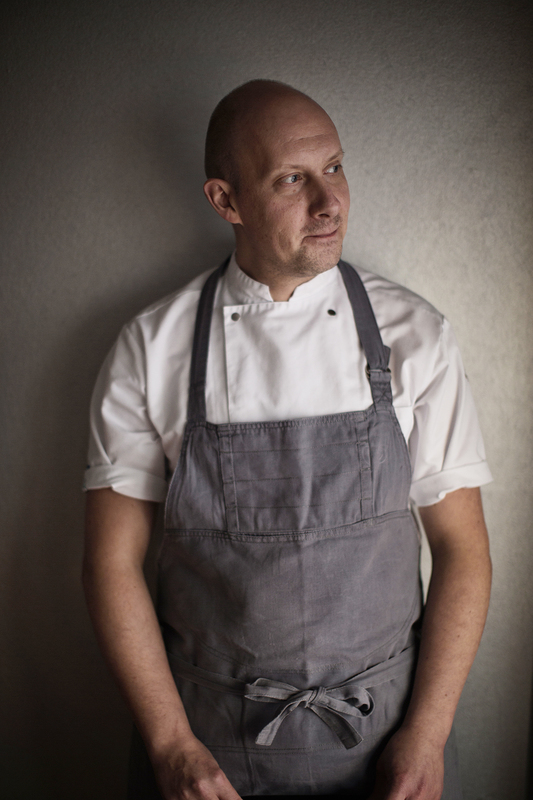 Following in the footsteps of the Nordic food revolution, Helsinki is the new travel destination for foodies and KOTI is bringing a taste of this bustling food scene into the heart of Paris.

Sasu Laukkonen is one of the most prominent names behind the blossoming Helsinki food scene and his restaurant Chef & Sommelier was elected Best Restaurant of the Country in 2013. An avid forager, Laukkonen is revolutionising Finland’s local cuisine with a playful approach to create a zero-waste gourmet experience.

KOTI guests will be served a unique gastronomical experience for either lunch or dinner and can also hear more about Laukkonen’s food ethos in his talk about the wild food culture in Finland. 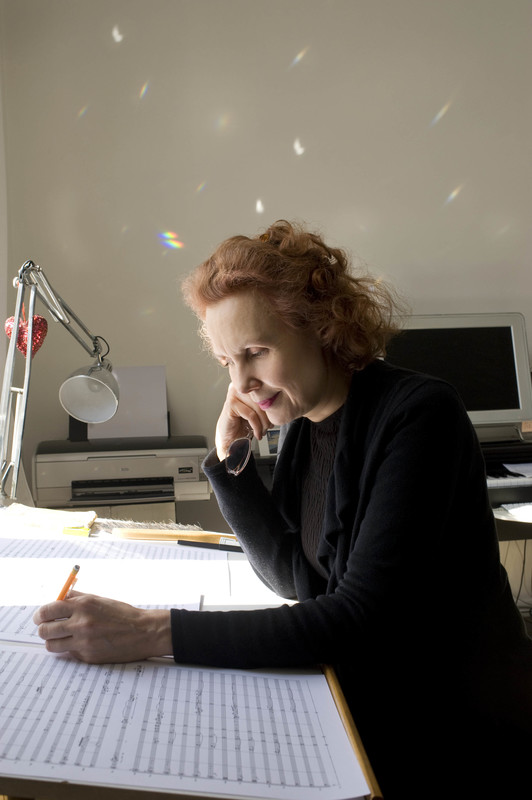 Acclaimed Finnish composer Kaija Saariaho is the guest of honour of the 2017 edition of the prestigious Présences Festival organized by Radio France.

“Compositions are my children. They just grow up faster.”

How did the sound sensitive and shy child grow up to be a successful composer? Notes on Saariaho shows us an honest and straight-forward woman, who needs light to compose and thinks listening to her own works is awkward.

The Finnish composer Kaija Saariaho is about to participate to the premiere of her first opera, L’amour de loin, at the Salzburg Festival, on the stage of the Felsenreitschule. During two years of solitary work, she devoted all her time to the wring of the opera, in project since 1992. She is about to see the birth of this work dreamt for so long, together with her numerous artistic collaborators and her interpreters. Anne Grange and Serge Steyer have accompanied Kaija Saariaho in this human and artistic experience. 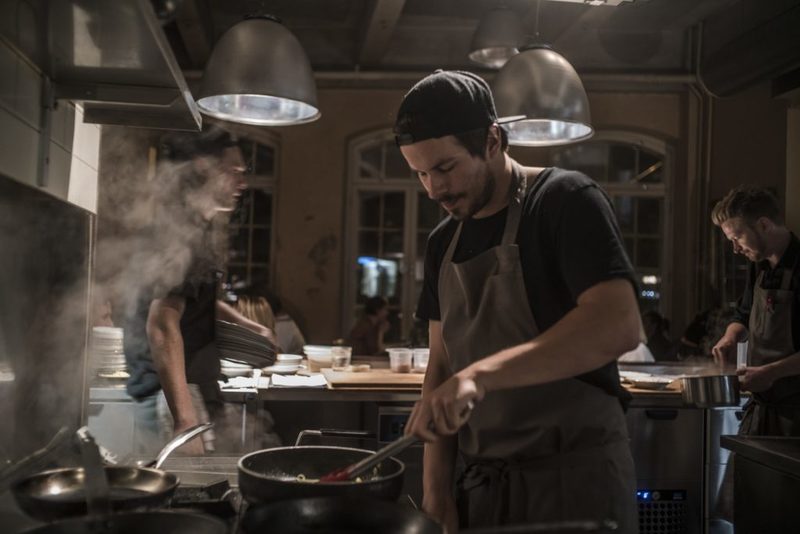 France and Finland will come together gastronomically with a dinner hosted by the French chef Nicolas Thieulon and his Finnish partner Kalle Kiukainen. The pair opened their new restaurant BAS & BAS in Southern Helsinki. At KOTI, guests can enjoy a tapas menu that combines the French bistro savoir-faire and charm with simplistic yet creative food characteristics of Nordic cuisine.

Enjoy an evening of unusual and imaginative flavours whilst experiencing the Finnish feeling of togetherness and conviviality gathered together at the KOTI table. 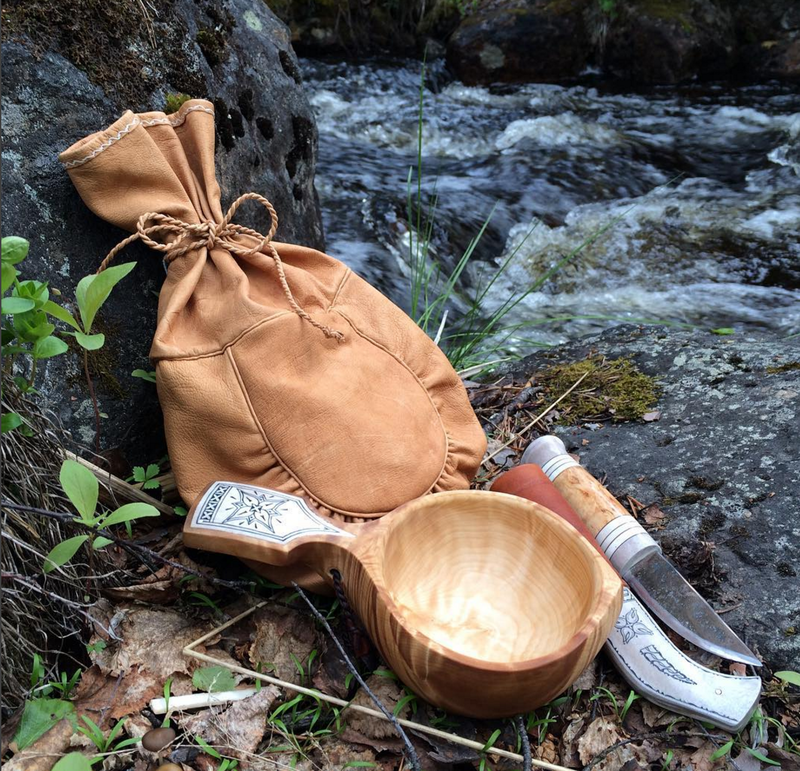 The Sámi Museum and Nature Centre Siida is situated in Inari, Finnish Lapland. Siida’s Museum Shop visits Paris as part of the Finland 100 programme, which celebrates the centenary of Finland’s independence. The Sámi Pop-Up Shop is open at Institut finlandais, serving customers from Wednesday 1 March to Sunday 5 March 2017. 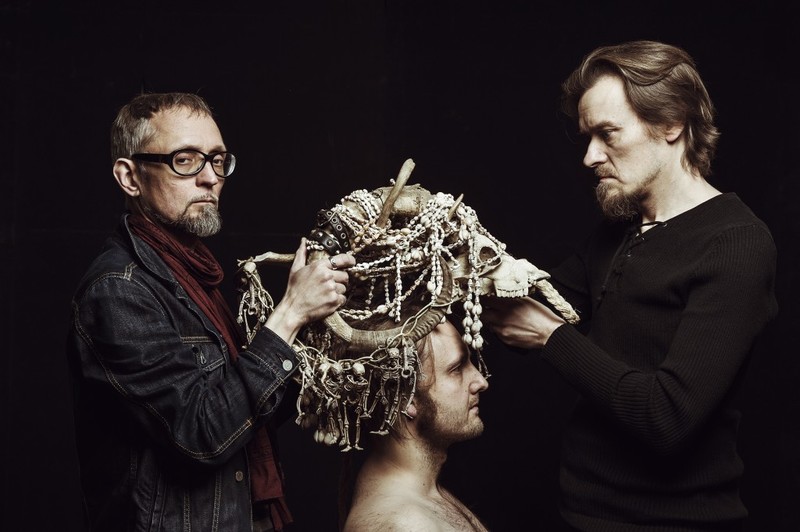 KOTI will host a unique concert by Pekko Käppi, a visionary Finnish folk music composer, singer and jouhikko player. His oeuvre revolutionised the standards of playing the ancient Finnish instrument jouhikko, a bowed lyre, by plugging it into an amplifier and various other ass-backwards places. He then incorporated elements from blues and rock and experimental archaic chaos.

After 100 days in Paris, KOTI will return home to Finland.

The installation will be taking over the prestigious White Hall located in the very center of Helsinki in August 2017.

The last week of the Parisian edition of KOTI will be full of events related to Finland’s urban hub Helsinki: special Helsinki dinners, concerts, film screenings and everything else vibrant.